How were Aquabeads invented?
Aquabeads is the world’s first ever water stick bead toy created by EPOCH in 2004. 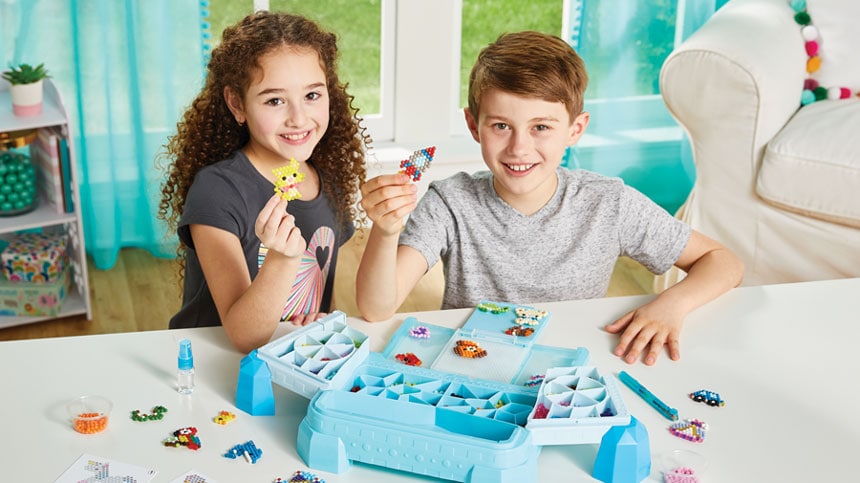 First created in 2004, Aquabeads is now loved by children in over 40 countries and regions.
Aquabeads is a water stick bead toy that does not require ironing or stitching.
All Aquabeads products are made of non-toxic material and comply with toy safety standards around the world, including EN71、ASTM F963.
Aquabeads is the original water stick bead toy. Please be aware of products claiming to be compatible with Aquabeads.
How were Aquabeads invented?
The Invention of Aquabeads
One day, a staff member at EPOCH in Tokyo wanted to eat some hard sweets. As she opened the jar she found that some of the sweets were stuck together. The shape of the sweets stuck together looked just like a rabbits ear. Then she had a light bulb moment! Wouldn’t it be fun to create pictures using beads that stay together just like the sweets did! 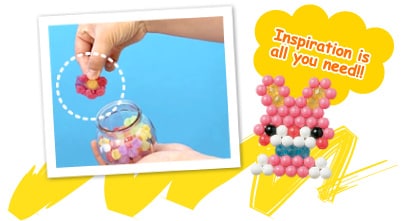 How do they stay together with water?
One of the ingredients of the beads is PVOH. In Japan, PVOH is used in stamps and glue. When you spray water on the beads this ingredient dissolves and sticks together. 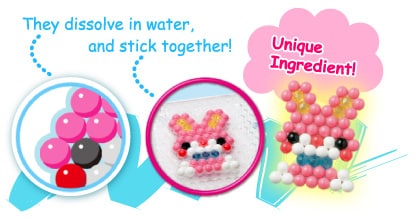 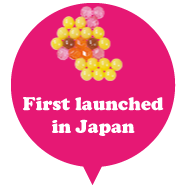 All Aquabeads products are made of non-toxic material and comply with toy safety standards around the world, including EN71、ASTM F963.

Aquabeads products continue to bring joy and creativity to children all over the world! 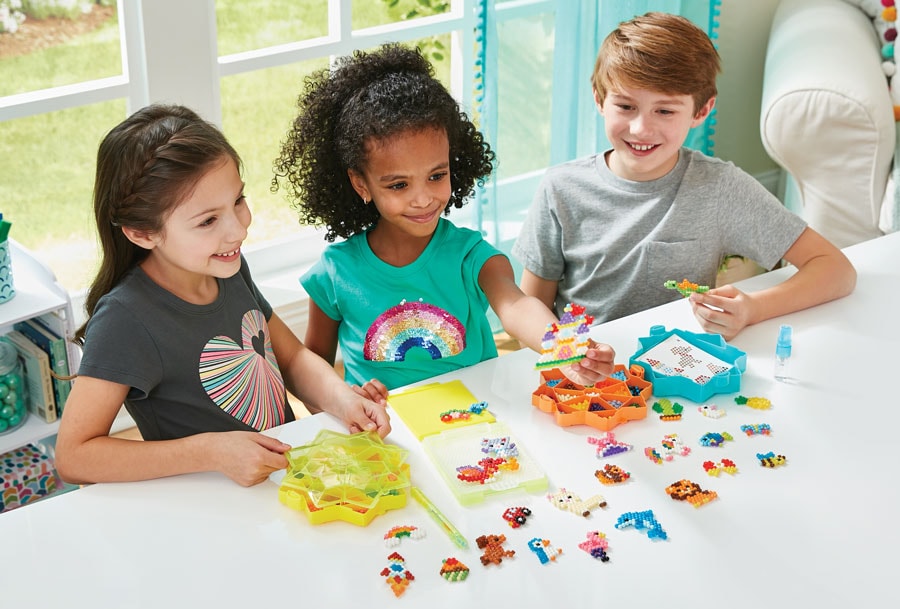